Bernard first began experiencing pain in his leg about two months before his 8th birthday. His parents thought the pain was caused by a quadriceps pull (muscle strain) so treatment was not sought. Unfortunately, the pain became worse, his right foot began to turn in while walking, and he developed a noticeable limp.

His pediatrician diagnosed him with Legg-Calve-Perthes disease of the right hip. He was placed on crutches and began physical therapy at around 8 years and 2 months. Bernard was then referred to two hip specialists, one recommended an osteotomy and therapy while the other thought an osteotomy was too aggressive when night bracing and crutches could be sufficient.

Bernard visited me for a third opinion on possible treatment options when he was 8 years and 3 months old.

Bernard had pain in his right hip but felt no pain and had full range of motion in his left hip. His knees and ankles were normal and there was no family history of hip problems.

I noticed that Bernard was limping to avoid standing on his right leg when he walked (antalgic gait). In addition, while a left hip’s normal range of motion is 45 degrees, Bernard’s was limited to 25 degrees (abduction) and he was unable to internally rotate his hip. X-rays provided by his parents showed Legg-Calve-Perthes in the right hip that had increased in severity over time.

Bernard underwent an arthrogram shortly before surgery to determine if the best course of action would have been an osteotomy or joint distraction (arthrodiastasis). His hip was injected with a dye to contrast the parts of his hip and then a series of X-rays were taken. An osteotomy is the best option if an arthrogram shows a correction of twenty degrees or less is needed. However, arthrodiastasis is the best option if a correction of over twenty degrees is needed because an osteotomy is insufficient in such cases.

Bernard’s arthrogram showed a correction of more than twenty degrees was needed. In addition, treatment began later in the process than usual and his femoral head was severely deteriorated. As a result, it was decided that Bernard would undergo right hip arthrodiastasis with multiplanar EBI distraction to treat the whole femoral head and allow for restoration of the collapse.

Arthrodiastasis involves spacing out the bones of the hip joint while keeping ligaments and tendons intact in hopes of improving circulation and restoring the health of the femoral head. An EBI external fixator is a medical device that is used to hold/guide bones into the correct position and proper alignment. 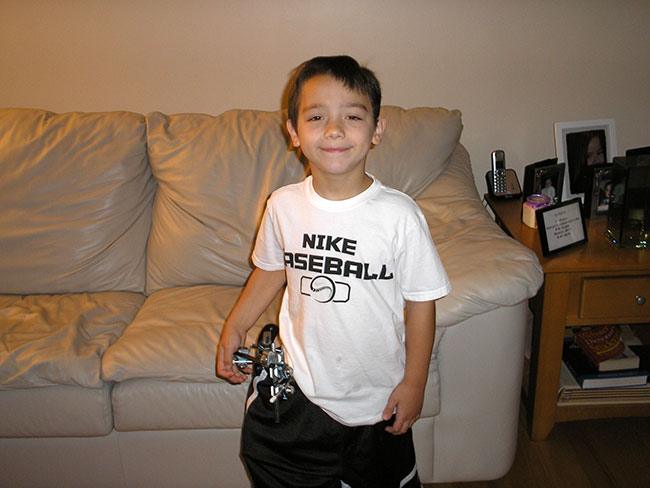 Bernard with fixator after surgery.

Exams and radiographs during follow-up appointments revealed that Bernard’s hip was well positioned and there was an improvement in the hip’s range of motion. Over time his femoral head began to heal and take on a healthy rounded shape. However, he continued walking with a limp.

Bernard’s external fixator was removed six months after surgery and he continued physical therapy to strengthen his hip and improve its range of motion.

By the age of ten, Bernard had normal range of motion and no pain in his hip. He is now running and walking without limitations. 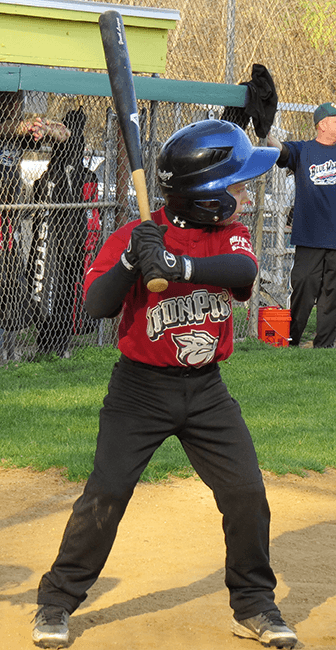 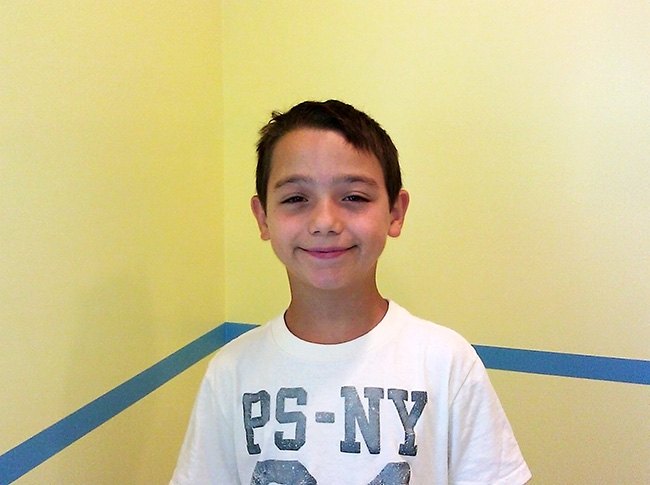 In March, 2011 my 8 year old son was diagnosed with Perthes Disease and referred to a specialist to plan his treatment. At the time, I had no idea what that meant. After 2 conflicting opinions about the course of treatment for my son, I reached out to his pediatrician for guidance. She urged me to go see Dr. Feldman, stating that because he is so good at what he does, she would trust him with her own children. That piece of advice changed our lives.

Even though Dr. Feldman knew he was our third opinion, he took the time to explain my son’s diagnosis and possible courses of treatment. He was optimistic, yet realistic as he answered every question that I had.

Over the past 2 ½ years, Dr. Feldman has built a professional relationship with my family that we have come to appreciate greatly. He has always given us excellent advice, and his work has enabled my son to return to all of his normal activities, including participating competitively in both baseball and football. My son looks forward to his visits with Dr. Feldman, and has even been inspired by him to pursue a career as an orthopedic surgeon when he grows up!