Francesca is a competitive level female gymnast who sustained a proximal tibia fracture at the age of 10 after falling off a balance beam and landing incorrectly on her right leg. She was treated at a local emergency room at which point she was sedated and her leg was manipulated into position and placed in a long leg cast for eight weeks. After her cast was removed, she received physical therapy for strengthening for approximately six weeks.

One year and four months after the injury, Francesca was still experiencing intermittent pain in her right knee and was frustrated by her inability to return to gymnastics. She visited a doctor who took x-rays and advised that her knee pain could be resolved with more therapy and a brace. A week after her consultation, Francesca and her mother visited me for a second opinion.

X-rays revealed that the injury to Francesca’s tibia had damaged her growth plate (physis). The injury caused her physis to prematurely close and led to the development of a recurvatum deformity where her right knee bent backwards 16 degrees more than her left knee. An MRI was ordered to further map her right knee’s physeal closure. 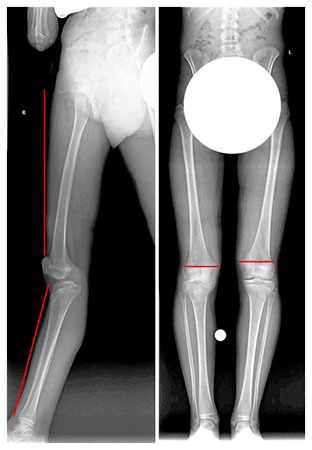 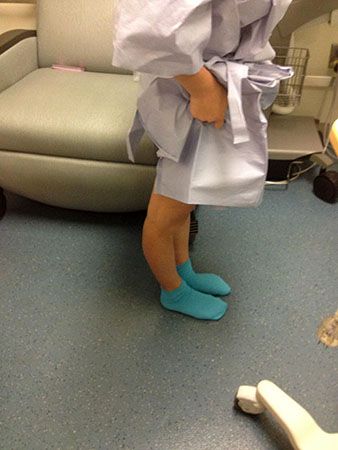 A small incision was made over the distal third of the fibula, the membrane that covers the surface of the fibula (subperiosteal) was dissected, and the fibula was cut with a saw (osteotomy). The wound was closed in layers, and dry sterile dressings were applied. A pre-constructed Taylor Spatial Frame was then affixed to the tibia and fibula with a wire and five half-pins. 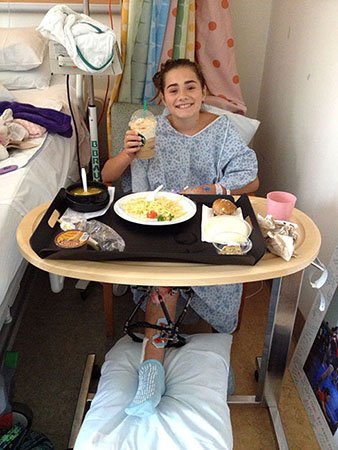 Francesca after surgery with her Taylor Spatial Frame in place.

Francesca’s deformities were corrected over the course of 17 days as her leg was slowly lengthened and the recurvatum deformity resolved.

Two weeks after surgery, Francesca’s knees had good range of motion and her pin sites were clean with no signs of infection. Her sutures were removed and replaced with steri strips. She began physical therapy for her upper and lower body.

Three weeks after surgery, x-rays of Francesca’s legs revealed that her limbs were of equal length and her right leg was straight. A stabilizing strut was added to the spatial frame and Francesca was permitted to fully bear weight on her leg. I gave her instructions to begin working on full extension of the leg in physical therapy, a prescription for an Exogen machine to be used twice daily, and weaning off any antibiotics. 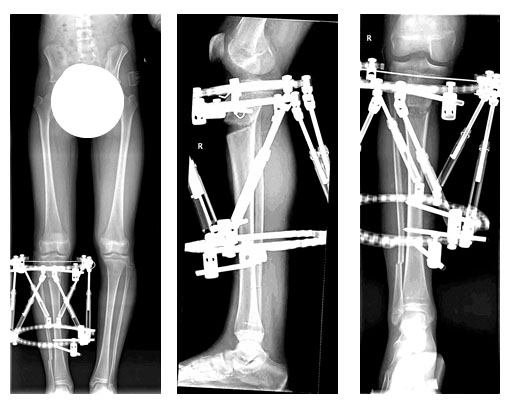 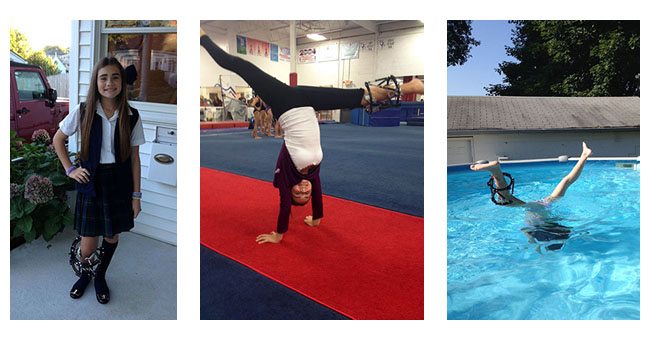 Francesca bearing weight on her leg and being active with her frame. 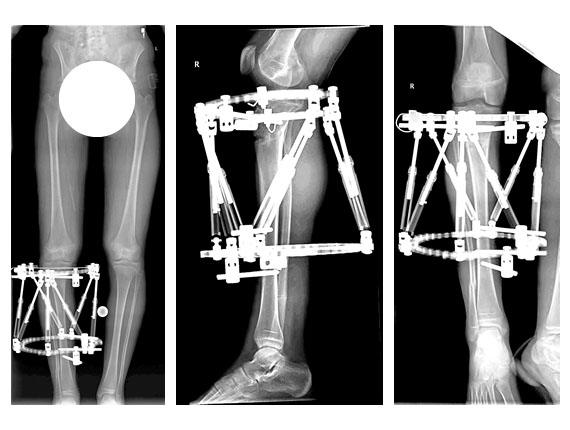 Six days before removal of hardware, Francesca’s limbs were of equal length and her corrected recurvatum deformity was mostly healed.

Three months after the initial surgery, the frame was ready for removal. The procedure began with removing the frame from the right leg while leaving the pins in place. Incisions were then made over the right and left proximal tibia and the physes were removed (epiphysiodesis) from both upper tibias. This was done to prevent a recurrence of the angulation of the leg or one leg growing longer than the other. The pins were then all removed and the sites where the pins had been were cleaned and excess tissue removed. Dry sterile dressings were applied.

After surgery, Francesca wore a cam walker fracture boot and wasn’t allowed to run or participate in sports for six weeks.

Two and a half months after surgery, I advised that, any pain or weakness that she was experiencing could be resolved with continued physical therapy and exercise at home. She became stronger and stronger. 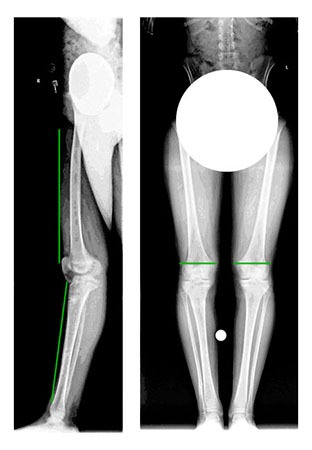 Francesca was doing well and had full range of motion and good strength in her leg six months after her hardware had been removed. Her osteotomy had fully healed and she was able to return to all of her normal activities including gymnastics.

“My daughter Francesca is a patient of Dr. Feldman’s. We came to Dr. Feldman in March of 2013 after my daughter had broke her leg in November…not really sure what was wrong with her and he diagnosed her that her growth plate had fused after the leg broke and she would need extensive surgery. We weren’t really prepared for that diagnosis but he was very calm and reassured us that everything was going to be ok.

And he has just been wonderful – our whole experience with the whole staff here, Ella, Dr. Feldman. Our phone calls were returned immediately with any questions that we had. I highly highly recommend Dr. Feldman.”