When I was in college, I had the opportunity to spend two weeks in China. I loved the people, the food, and the culture. I also found out that due to the one child policy that had been in place for decades there were hundreds of thousands of children living in orphanages, many of whom had disabilities. While these children had little to no chance of being adopted by Chinese families due to the policy, China had been open for international adoption for many years at this point, so I hoped to return someday to adopt a child waiting for a family.

I met my husband soon after that trip, and he also had a heart for adoption. Several years later, the same month I turned 30, the minimum age to adopt from China, we started our application process. By then we had two biological sons and our oldest was born with several orthopedic and neurological differences, so those special needs were familiar and close to our hearts. A year and a half into the process I got the call that we had been matched with an 18 month old little girl with arthrogryposis and they asked if I would like to see her file. Of course I said yes, and then refreshed my email every 5 seconds until it arrived. The first image was a photo of a baby girl on her tummy with a tuft of black hair in a little ponytail, tiny heart shaped lips, and the rosiest, chunkiest little cheeks.

The next week was spent inquiring with local specialists about possible treatment plans for her condition, a consultation with an international adoption clinic, and much, much prayer. At the end of that week we were ready to decide to proceed with her adoption.

Exactly three months after submitting our letter of intent to adopt Xu Ya Fei, we were in China with her in our arms. It was a whirlwind of emotions, as we were overjoyed to meet her and she was terrified because she was so little and didn’t understand what was going on. My husband and I were also a a little terrified of what our family would look like now. The gravity of our new daughter’s disabilities hit harder when we were in the same room with her instead of seeing them on paper or in photos. Her feet were firmly pointed downward, like a ballerina on pointe, her left knee was hyperextended and couldn’t bend, and her right hip was completely dislocated with no socket into which it could be placed. Her wrists were contracted so that her hands pointed downward at a 90 degree angle and her arms hung at her sides unless she used momentum to swing them. She couldn’t walk or crawl due to stiff joints and muscle weakness, so to get around she used her dislocated leg to propel her forward and she took little hops on her bottom. We knew all of this before we chose to adopt her and were still amazed at how well she had adapted, but seeing her in person made us realize she may need more than our local specialists could give her.

While we were still in China, about a week after meeting Josephine Yafei (she answered to Josie Fei by now) I hopped on Facebook and found the Arthrogryposis Moms group. One of the moms on there had a daughter the same age as mine whose name was also Josie! I told her our baby needed a lot but she helped me so much to not feel overwhelmed by all that was ahead for our sweet girl. I asked all the moms where the best place was to get her hip fixed and over and over we were pointed to Dr. Feldman at The Paley Institute. I called (from China!)

when they opened the next day to schedule a consultation. When I told the receptionist that my daughter had Arthrogryposis she said, “Oh wow, you’re coming to the right place.” Once we arrived home, our suspicions were confirmed. We had consultations with the two orthopedic surgeons from the biggest hospital in our area about an hour away. We appreciated their honesty, but neither had much confidence that they could fix Josie’s hip and knee and neither had any idea what Josie’s future mobility would look like.

One month later we had a consultation with Dr. Feldman. He knew exactly what he planned to do for Josie’s hip and knee. When I told him the other surgeons said it was a “50/50 chance” that her hip could be fixed he said that was nonsense, he would fix it and she would walk. At that point it was impossible to hold back the tears. We’d found someone who could help! PT also saw her that same day and put together a plan to help her with strength and flexibility, and OT started the process of making splints to bring her wrists to a neutral position so she could use her hands better.

Two months later, exactly 4 months after we adopted Josie and one month after her second birthday, she had her big hip surgery. I’ll never forget Dr. Feldman coming into the consultation room after finishing surgery to say, “Her hip is in its new socket, it’s a beautiful hip”. It really felt like the impossible had come true.

Six weeks later, once her hip was recovered, she had surgery to fix her hyperextended knee. I’ve never seen Dr. Feldman so happy as he was several weeks later when that cast came off and we found that she could fully extend her knee and bend it to 90 degrees. During that last surgery, Dr. Feldman also released the tight tendons and soft tissues in her ankles so that her toes were no longer pointed downward but she could finally put her feet flat on the ground, so when the casts came off, the Paley PT team got her in shoes and braces and standing on that same day. She was not at all happy about it at first and the process of strengthening her leg muscles was long and tough. The casts came off in June and in October she took her first steps with a walker. By December, she could walk unassisted in shoes and braces. Now, several years, a few surgeries, and hundreds of hours of PT later, Josie walks without braces and she plays soccer and does ballet. She is fiercely independent and will not allow someone to do something for her if she thinks she can do it herself!

Words are not enough to describe our gratitude to Dr. Feldman, Dr, Dobbs, and the Paley PT and OT team. They gave Josie a quality of life that I could never have imagined was possible. 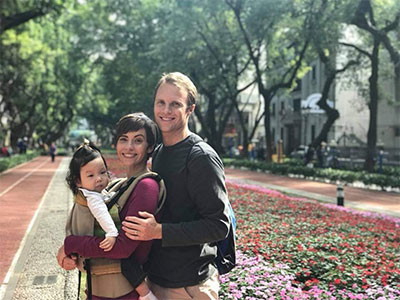 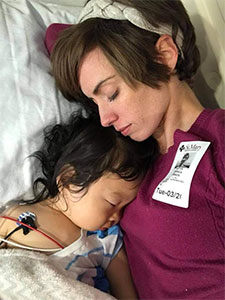 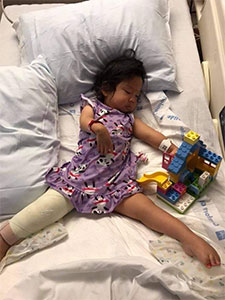 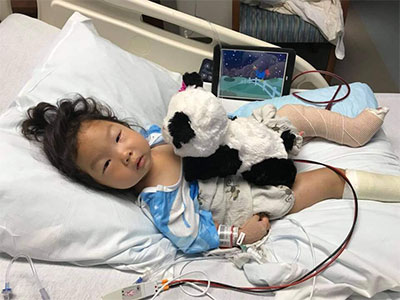 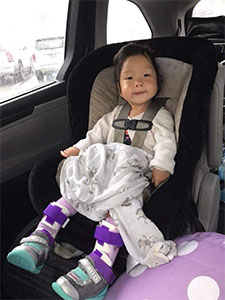 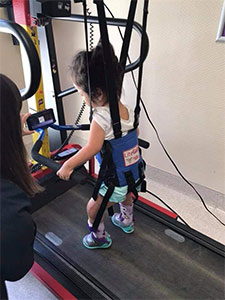 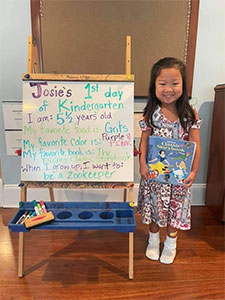 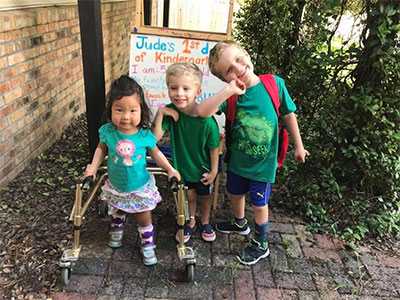 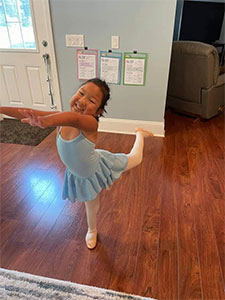