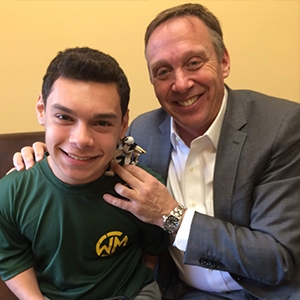 Dr. Feldman is a person I can never remember my life without.  I remember getting surgery at 4 years old.  I don’t remember how scared I was or the pain I was in, but I do remember that Dr. Feldman just wanted me to feel better.  He checked on me often and I would just cry.  One day he asked me what he can get me to help me not be so sad and I told him I wanted a white power ranger.  My Mom said at the time it was the hardest power ranger to find.  The next morning he came in with the white power ranger! I remember being so happy and I couldn’t believe I finally had this toy.  Now at 16 years old I am beginning to understand what a special person Dr. Feldman is.  He’s all I have ever known so I thought all doctors were like him, not true.  He’s a doctor I trust. He taught me to think about the big picture and what I needed physically to ensure my future would be ok.  It was a lot to go through from 4 years old until 16 years old, but it was worth it.  I did miss some school, concerts and hang outs with my friends, but I also made amazing friends in Florida who were going through the same thing I was.  Friends I will have for life. I was so nervous going to Florida for surgeries, afraid of what I was missing and how we would do everything. After a few short weeks it became a home away from home.  Quantum House and all the people there are great. Paley’s physical therapists and all of the staff are the best! It is my journey that has brought me to the path I’m currently on; to be an occupational therapist.  It is my hope that I can one day work with patients that have gone through the same and similar things I have, hopefully at the Paley Institute.  I hope to make Dr. Feldman proud and to show him everything he does makes a difference.  Not only did all the surgeries help me to not be in pain and able to walk straight, but his care has given me the empathy to one day pay it forward. You’re my hero Dr. Feldman. I love you and I am so happy my mom made that appointment to see you! 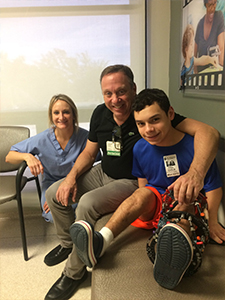 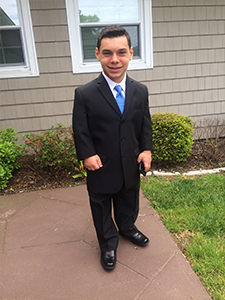 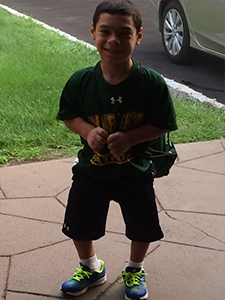 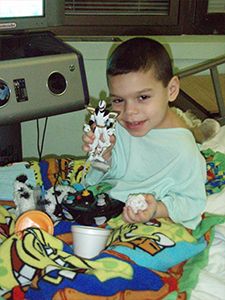 Twelve years ago I found out my son, Justin then age 4, appeared to have the same form of dwarfism as I had.  As I did many times before with my parents I took him to several doctors where I had to explain what I had and now what my son may have.  I was under the impression for over 30 years that I had MED.  I finally found a doctor in Utah that understood what my son’s x-rays were saying.  He however recommended I see a doctor right where I lived in NY by the name of Dr. David Feldman. We quickly made an appointment to see him, it was an appointment that would change our lives. He saw Justin was wearing a brace (something a doctor put on him for the past year) and he quickly took the brace, threw it across the room and said, “Bracing does not work for this disorder and by the way, I do not think you have MED, I believe you have pseudoachondroplasia.”  Up until that point I had never even heard of pseudoachondroplasia.  A genetic test confirmed exactly with Dr. Feldman said and my father looked at me and said, “Now this is a great doctor,” after being disappointed by so many over the years. Justin was in surgery soon after as his leg was extremely bowed.  Dr. Feldman told us then he would most likely have surgery at 4, 9 and 14 years old to avoid premature arthritis like what I had and he was on the money.  With pseudoachondroplasia, as you grow your legs can bow and twist, Justin’s continually did just that.  He’s gone through numerous osteotomies, external fixators, and 8-plates.  We made the decision to follow Dr. Feldman to Florida as we would never even consider switching to another doctor.  Now at age 16, surgeries are complete! Justin can walk for a while with absolutely no pain and his legs are straight.  Unlike myself where they did not have this kind of approach when I was young, he will have a pain-free adult life.  Justin’s younger brother, Evan, also has pseudoachondroplasia yet it has presented itself totally differently.  Dr. Feldman monitors him yearly but he has not yet needed any surgery.  I, myself, have a lot of issues related to pain from irreversible joint damage and Dr. Feldman says he wants to fix it all! Currently we started with a hip replacement that has been life changing. Dr. Feldman is truly a miracle worker.  I cannot imagine life without this man being a part of it.  He’s not only our doctor, he is family.