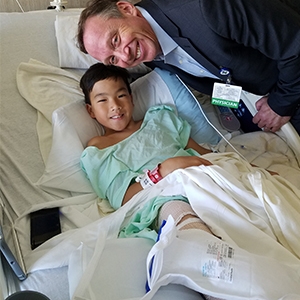 Noah was born with severe Bilateral Congenital Femoral Deficiency (CFD) and Fibular Hemimelia. When he came home, we immediately noticed how dislocated his hips were, and he had no ligaments in his knees, making him very unstable. At the young age of four and a half years old, he would ask us to rub his hips for hours a day because of how much pain he was in. We made doctors appointments in the Chicago area, but we soon learned after meeting with the various doctors, that Noah was too complex for them to perform the necessary surgeries he was going to require. In fact, one doctor and his staff that we met with, said that he got around just fine, and nothing could be done for our son. That phrase was repeated to us five times during that appointment. Our son was four, in chronic pain with severely dislocated hips, and had to bear crawl to get places. He wasn’t “just fine”.

When we were told of doctors at the Paley Institute, we made the next available new patient appointment. Noah has had numerous surgeries on both legs, hips, knees, and his right foot. Noah is a complex young man, who has required a lot of care. We first started seeing Dr. Feldman for Noah’s spine, he also has scoliosis. The care and compassion we felt during that appointment was like nothing we had ever experienced before. During one of the follow-up appointments to check brace fitting of his night brace, he sat down, and honestly talked with me.

“The spine is the least of our concerns, we need to address his chronic pain. No ten year old boy should be living in chronic pain.” This was a pivotal conversation, and we decided that he was the doctor for Noah. We found a surgeon who sees, and hears what our concerns are, and he shares the same philosophy—get our son out of pain. 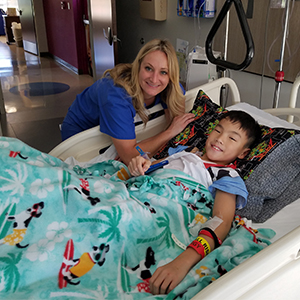 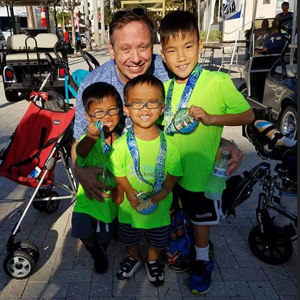 Dr. Feldman was there for our family when Noah had a broken tibia that needed to be straightened and repaired. He also came up with a game plan and addressed a major concern which was Noah’s right hip. It was decided that he needed a Pelvic Support Osteotomy and Dr. Feldman performed the surgery incredibly. Post-op, he had tears in his eyes when he described that he had never seen such severe arthritis in a child’s hip. No wonder he was living in such pain. We are thankful that at each follow up appointment, we are given the appropriate amount of time to discuss what is going on, and devise a game plan for the coming months.

Team Feldman is incredible. We have complete respect for each one of his staff and his PAs. From the ease of making appointments and looking at x-rays to answering emails, and texts; this is what makes them unique. They truly love and care for each and every one of their patients, and their passion shines through. Thank you for loving our boy, and our family and walking this journey with us. You have hugged and cried with us, through our ups and downs. We are forever grateful.